You are here:
blogs 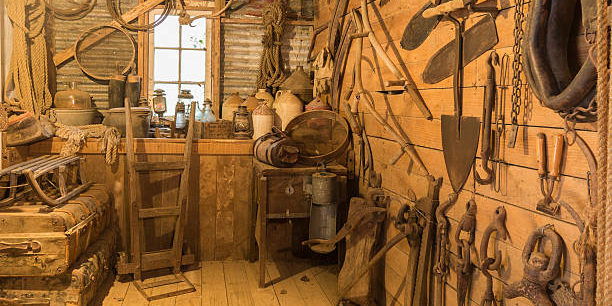 Have you converted your shed into an office or hobby space? You might be surprised to learn that some of the world’s greatest thinkers and inventors did the exact same thing! These people transformed their own garden building into places to create, imagine, and build. And if they can, so can you!

A1 Sheds & Garden Buildings have come up with a list of companies and inventions that started their journeys to greatness in a humble little shed – who knows, maybe it’ll encourage you to chase your own dreams. Keep reading to be inspired!

What is now one of the highest-grossing media corporations in the world started in an LA garage belonging to Walt Disney’s uncle in the summer of 1923. Here the Disney Brothers Cartoon Studio created the Alice Comedies, which later inspired Disney’s version of Alice in Wonderland, released in 1951.

In 1943, aged just seventeen, Ignvar Kamprad established IKEA as a small mail-order company. From his family’s garden shed in rural Sweden, he produced disposable items which were delivered to the nearest post office by the local milkman.

Kamprad then invested in an armless chair and discovered his penchant for furniture design. IKEA products can now be found in countless homes worldwide and have changed the furniture industry forever.

Known for her research on radioactivity, which led to incredible scientific discoveries and the development of medical treatments such as radiotherapy, Marie Curie was one of the most remarkable women to have ever lived. As a result of her crucial work, she won a Nobel Prize on two occasions and in two different fields, being the first woman to win one and, to this day, the only woman to win two.

Who’d have thought that her path to greatness began in an abandoned shed that was once used as a medical school’s dissection room? We certainly didn’t!

If it wasn’t for their hand-built shed in the middle of a field in North Carolina, the Wright Brothers – Orville and Wilbur – may never have invented the world’s first aircraft!

They constructed the shed as a sort of hub for their work, using it to build, test, and store their famous creation. Thanks to this, and all their hard work, they were the first to successfully complete a human flight in an aircraft powered by an engine, changing the future of transportation forever.

What a revolutionary invention this was for those of us who favour convenience and minimal effort over restaurant-quality grub – we couldn’t possibly leave it out!

In 1958, Momofuku Ando invented instant noodles in his garden shed in Japan after intensive research and trial-and-error experimentation. They were launched the same year with the brand name Chikin Ramen.

In 1971, whilst on a trip to the USA, Ando invented cup noodles after realising people there often broke his noodles up and put them into mugs – though this time we doubt it was from his garden shed!
If we’ve inspired you to transform your shed into the place where ideas come to life, or you’re tempted to pursue that hobby you’ve been meaning to try for years, look no further than A1 Sheds & Garden Buildings for all your outdoor building requirements. Get in touch today to find out more about how we can help you.